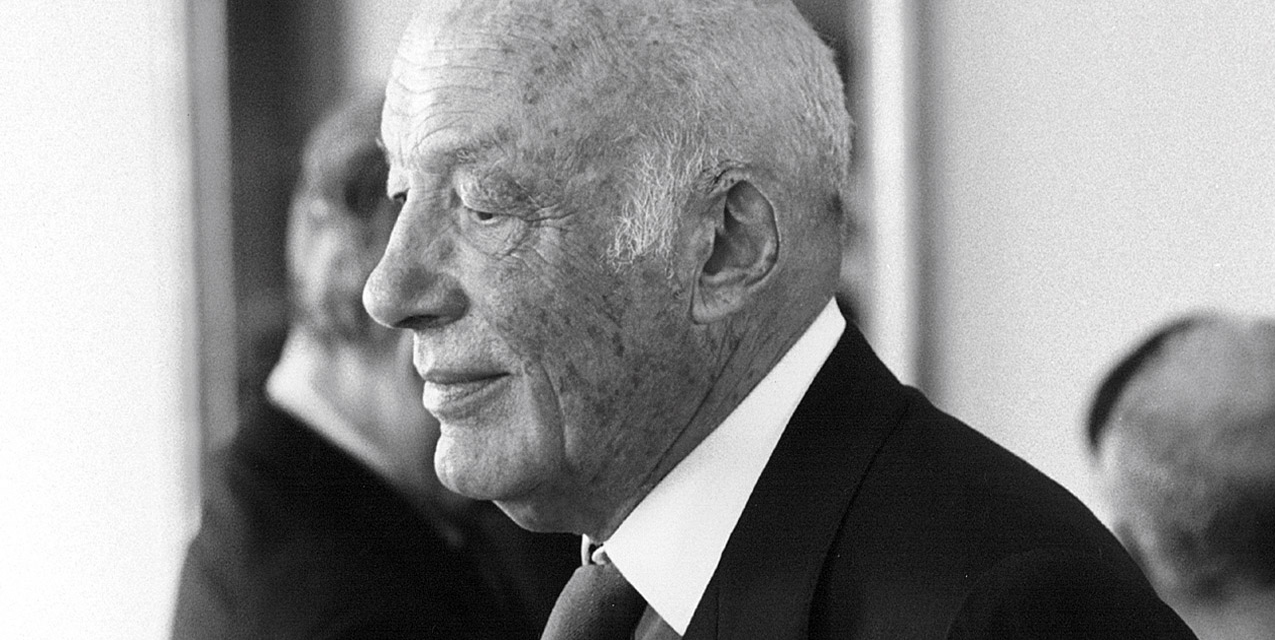 Jean Guyot, Founding President of the Hippocrene Foundation,Jean Guyot passed away on 9 September 2006 in Paris, at the age of 85. His life and career were marked by a strong and unfailing commitment to Europe.

After World War II, during which he fought as part of the French Resistance, Jean Guyot became Inspector of Finance and joined the cabinet of Robert Schuman in 1946. Later he entered the Department of Treasury where, as Deputy Director, he assumed responsibility for State cash management and investment financing. He participated in the Investment Commission, set up on the initiative of François Bloch-Lainé. He also helped allocate counterpart funds from the Marshall Plan in France, deeming them perfect for financing the investments of the Monnet Plan. Indeed, Jean Guyot often worked with the Monnet Plan, led by Jean Monnet, with whom he developed ties of mutual respect and trust.

When the European Coal and Steel Community (ECSC) was formed, Jean Monnet asked Jean Guyot to become its first financial director. He agreed and helped lend the first European institution credibility among European and American financial circles by enabling the High Authority of the ECSC to issue loans in its own name, which at the time meant little, particularly in the eyes of American investors. These operations were carried out by a handful of financiers, including André Meyer, a partner of Lazard, David Rockefeller, chairman of Chase Manhattan Bank, and Siegmund Warburg.

Later, when André Meyer was looking to recruit a tax inspector for Lazard, he sought advice from Jean Monnet, who recommended Jean Guyot. In 1955, at the age of 34, Jean Guyot joined Lazard as managing partner in Paris, where operations were overseen by André Meyer and Pierre David-Weill. He would remain an associate with Lazard until its Initial Public Offering in 2005, which saw the departure of the bank’s “founding families”. During his time as managing partner, Jean Guyot continued to be active at European level. The ECSC strengthened its presence on international financial markets and close ties were forged between Lazard and the European institution, where Jean Guyot had been succeeded by Paul Delouvrier as Financial Director. More broadly speaking, Jean Guyot never slackened in his endeavours to build a financial Europe.

His financial credentials were matched by an equally strong role as a top-ranking civil servant. Close to Jacques Rueff, he was involved in the Rueff Plan, which established the ‘new franc’ on General De Gaulle’s return to power. This initiative also had a European objective, as stated in the press release issued by the French Ministry of the Economy and Finance: “The new franc is comparable to the strongest foreign currencies. It marks the recovery of the French economy. It will facilitate transactions with our partners in the Common Market.” 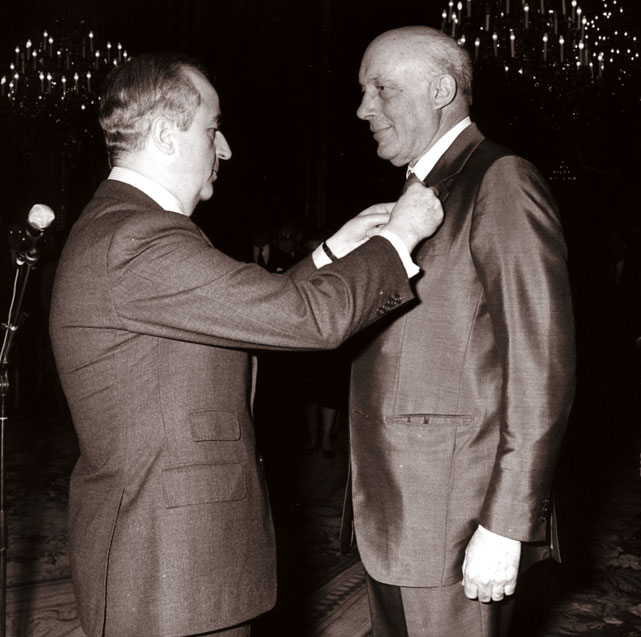 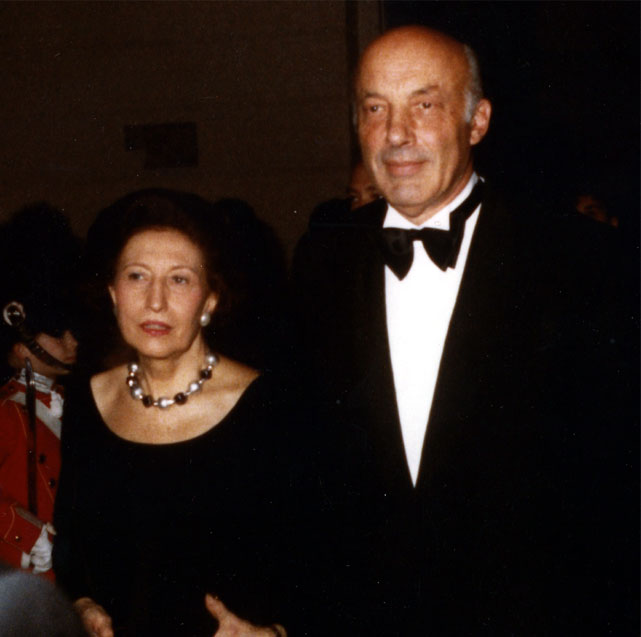 As an investment banker, he did not hesitate to participate in bold European initiatives. These included the first issuance of parallel loans on behalf of ENEL in 1965, when the energy provider required significant financing and was being advised by Mediobanca, an investment bank with which Jean Guyot worked for several years. The initiative was based on the introduction of multi-tranche lending in various countries of the common market. The selected banks (including Lazard for the French tranche) were responsible for the simultaneous initiation of each loan tranche in their respective markets under the same financial terms. Initiatives of this type were developed to stimulate the European capital market. They were also driven by the idea of a common currency between various countries.

Jean Guyot was also involved in the modernisation of the French economy, taking part in a number of major transactions, including the first takeover bid in France at the end of the 1960s. At the time, BSN (later known as Danone), a promising start-up company headed by Antoine Riboud, attempted a takeover of Saint-Gobain, a centuries-old company protected by the establishment of the time. He also helped strengthen leading French companies, playing a key role in the merger of Peugeot and Citroën. On a wider scale, he was actively involved in countless private- and public-sector initiatives until the end of his life, both inside and outside of France. For example, he was instrumental in the French privatisations of the 1980s and was advisor for the Investments Committee of the United Nations until the beginning of the 2000s.

Jean Guyot was a key player in the creation and development of Eurafrance between 1972 and 2001, alongside the David-Weill, Bernheim and Meyer families. He was involved in the restructuring operations that led to the creation of Eurazeo.

Transcending the financial sphere, his commitment to Europe extended to every area imaginable, including institutional, humanitarian and artistic endeavours. He did not abstain from assisting institutions and concrete projects relating to topics that were close to his heart. For example, he supported the creation of the Friends of Jean Monnet Association, Groupe des Belles Feuilles – an association for young Europeans -, CARE France, and the American Hospital, of which he was a Governor. In 1992, he and his wife Mona decided to create the Hippocrene Foundation to translate his personal endeavours into long-term benefits. The aim of this Foundation is to strengthen cohesion between young Europeans and support young European artists. It provided Jean Guyot with a framework for pursuing his numerous commitments to European integration until the end of his life and continues to act as a driving force for projects that support this ideal. 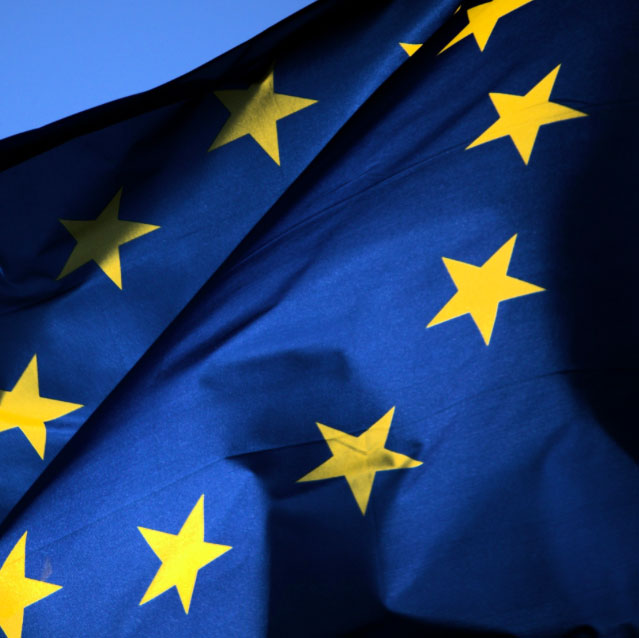 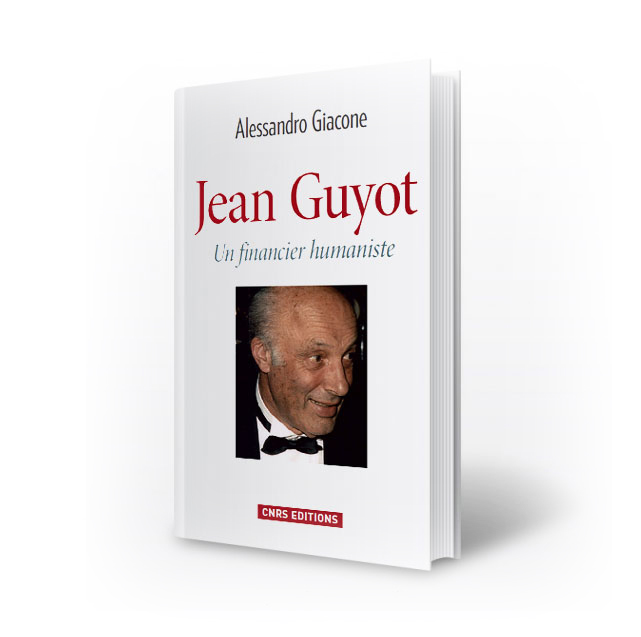 Through the life of a great investment banker and influential figure, take a look back at the politics and economy of France in the last fifty years.

Born in 1921 to a bourgeois family from Grenoble, Jean Guyot joined the French Resistance in 1943 and passed the competitive examination for the Inspectorate of Finances after the Liberation of France. Advisor to Robert Schuman in Finance and then at the Quai d’Orsay, he then held the highly political position of Director of the French Treasury at a time when France was needing to put its finances in order. Recruited by Jean Monnet, he joined the European Coal and Steel Community (ECSC), representing a key step towards a united Europe.

His experience with public finances had been well-noted by the two main directors of Lazard – André Meyer and Pierre David-Weill – who made him the main head of the French industrial sector for the bank in Paris. Jean Guyot would play a critical role in the creation of the “new franc” and advise countless politicians, ranging from Couve de Murville to Georges Pompidou and Giscard d’Estaing.

Not well-known to the general public, Jean Guyot was a discreet banker and was yet considered one of France’s thirty most powerful figures at the time. Guided by a commitment to French national interest, even after Mitterrand rose to power in 1981, he would play, all throughout the second half of the 20th century, a major role in the modernisation of French industry and the establishment of the common market. A graduate of the École normale supérieure with a degree in history and Italian, and a lecturer at University of Grenoble, Alessandro Giacone is an expert on post-1945 European institutions and elites.