The name of the Foundation is a reference to the legendary fountain, fabled to have burst forth when the ground was struck by the hoof of Pegasus. Hippocrene became a much-favoured source of inspiration to poets and Muses alike…

Created by Jean and Mona Guyot, the Hippocrene Foundation is a family-owned non-profit organisation that works to promote the construction of genuine European citizenship by young people building the future of Europe.The Foundation’s mission is to support concrete projects sponsored by or for young Europeans, in all areas (culture, education, social and humanitarian) that leave way for dialogue and sharing to build a sense of common European citizenship. In doing so, Hippocrene enables young people to carry out their projects for Europe.Since 2006, Michèle Guyot-Roze, the Foundation’s President, and Nicole and Alexis Merville, its Vice-Presidents, have carried on the mission of the Foundation and the philosophy of its founders.To find out about our selection criteria or request support from the Hippocrene Foundation, go to the PROJECT FINANCING section. 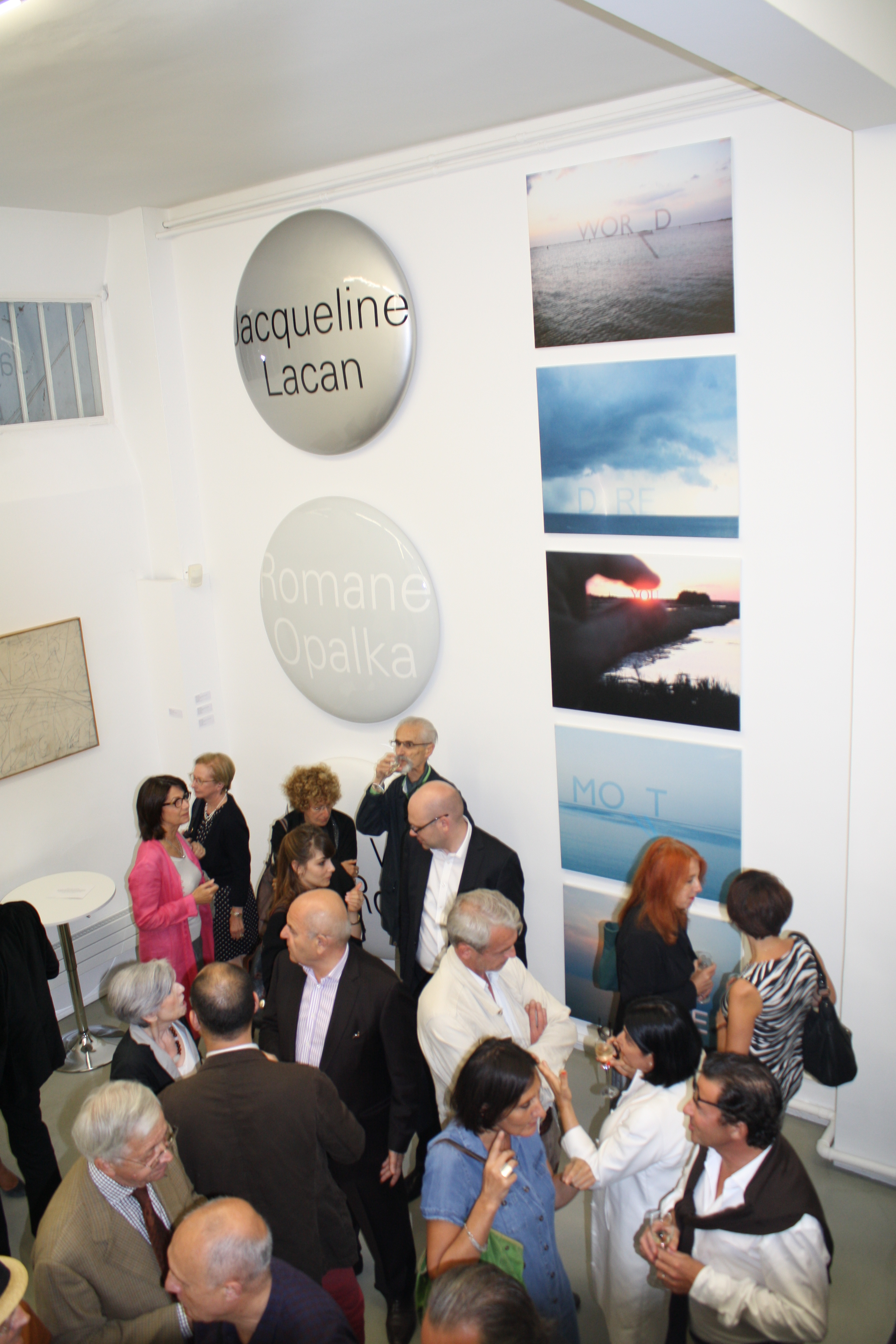 Since 2001, the former agency of architect Mallet-Stevens (1886-1945), founder of the Union of Modern Artists (1929), has served as the Foundation’s headquarters. This prime example of modern architecture offers an ideal setting for the promotion of different forms of artistic expression.The Foundation brings life to this venue by organising “Propos d’Europe” exhibitions every year, in addition to an annual classical music concert. It also hosts occasional meetings between artists, writers, researchers and project sponsors all united by a common desire to transcend national boundaries.In 2000, the Hippocrene Foundation purchased the former agency of Robert Mallet-Stevens (1886-1945), an influential figure in architecture between the two World Wars, located at No. 12 of the street of the same name.This prestigious venue with its rich history has become the Foundation’s headquarters and its exhibition space. Considered the masterpieces of Robert Mallet-Stevens, the five private buildings on Rue Mallet-Stevens were built from 1926 to 1927. They include the townhouse and workshop of Mallet-Stevens himself at No. 12, the home and studio of sculptors Joël and Jan Martel at No. 10, as well as the private residences of pianist Mme Reifenberg at No. 8, Daniel Dreyfus at No. 7, and Mme Allatini at Nos. 3 and 5. The stained-glass windows flooding the stairwells with light were created by Louis Barillet, while the ironwork doors were designed by Jean Prouvé. All of the buildings were protected in 1975 during a national campaign on the architecture of the 19th and 20th centuries.

“Jean Monnet liked to repeat that “We are uniting people”.What is most often at the root of creation and progress is the meeting between men and institutions.

In 1952, Jean Monnet became the President of the High Authority of the ECSC in Luxembourg, marking the beginning of an adventure. The ECSC was the embryo of what would become the European Union, and its founding ideas have remained relevant up to this day. Still widely recognised as a highly innovative and effective concept in international relations, the European Community is credited with helping to ensure half a century of peace in Europe despite unrest in the surrounding areas and even at its borders. As evidenced by its past, a single spark (in the context of relations with Communist countries and tensions in the Balkan region) would have been enough to trigger a conflict under certain conditions. The existence of the European Community ensured, however, that no such idea ever formed in the minds of any European leaders.Inevitably, the scope of the institutional framework was limited and certain important areas were overlooked in the original project; these included culture, relations between young Europeans, underprivileged groups and the preservation of a common heritage.This is what prompted the creators of the Hippocrene Foundation to pool their capabilities and resources – albeit limited – to support diverse projects affecting or developed by young Europeans with the ambition of keeping the flame alive through a continued commitment to the spirit of the EU’s founding fathers.

The Board of Governors: acting in a swift, light and professional manner

The Hippocrene Foundation, created in 1992 by Jean and Mona Guyot, is a private family foundation whose president since 2006 has been Michèle Guyot-Roze. The daughter of the founders, she strives to preserve the philosophy and the simple yet efficient way of running established by her parents.The voluntary, unpaid positions of president, vice-presidents and treasurer are held by members of the family and certain members of the Board of Governors. Dorothée Merville (Director), Lucile Niel (Cultural Projects Coordinator) and Alexandre Rose (Management Assistant) make up the permanent staff of the Foundation. All are eager to contribute to the smooth running of the Foundation and fulfil its mission. 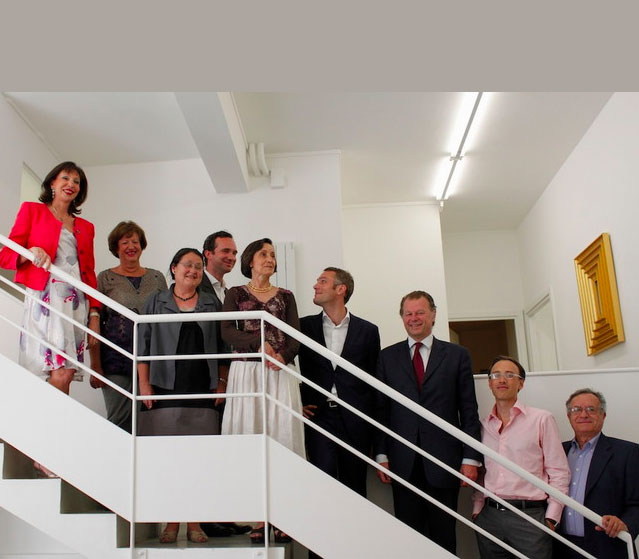 The founding President of the Hippocrene Foundation, Jean Guyot passed away on 9 September 2006 in Paris, at the age of 85. His career and endeavours were marked by a deep and unwavering commitment to Europe.

A founder, with her husband Jean Guyot, of the Hippocrene Foundation, she passed away on 11 November 2008, at the age of 87.

BOARD MEMBER – PRESIDENT OF THE HIPPOCRENE FOUNDATION

Daughter of Jean and Mona Guyot.
Michèle Guyot-Roze holds a Masters degree in Physics and Electronics and spent the majority of her professional career at Electricité de France (EDF), France's public electricity provider. She actively contributed to the IT revolution that took place in the French corporate world. From 1998 to 2006, she played a key role in the design and implementation of the information system for the electricity transmission operator RTE, and then as Director, did the same for the distribution network ERD. These systems were indispensable in responding to the opening-up of national markets, which had been decided upon by the members of the European Union.Since 2001, she has been a board member of the Hippocrene Foundation. In 2006, she took over for her father, Jean Guyot, as President of the Hippocrene Foundation. Since June 2009, she has been a board member of Maison de l'Europe de Paris and Les Amis du Musée National d'Art Moderne and has represented family foundations on the board of the Centre français des fonds et fondations. Michèle Guyot-Roze is a Knight in the National Order of Merit and a Knight of the Legion of Honour.

Daughter of Jean and Mona Guyot.
Nicole Merville has been a board member of the Hippocrene Foundation since it was created by Jean Guyot in 1992 and has been Vice-President since 2006. A professional musician, she gained tenure in 1982 as a teacher at the Conservatoire National du Raincy, a position from which she is now retired. In 1987, she was named soloist in the Colonne Orchestra (Paris), which she managed by volunteering as Associate General Secretary until 2007. She had the opportunity to perform in numerous chamber music concerts with various groups, in particular the Europa Musica ensemble. She also made replacement appearances in orchestras such as the National Orchestra of France, the Paris Opera and the Orchestre National d'Île-de-France (ONDIF).

Grandson of Jean and Mona Guyot.
Board member and Treasurer of the Foundation since 2006, Alexis has been Vice-President since December 2010. After working in mergers & acquisitions for Shroders and then Citigroup for three years, he joined Lazard Frères Gestion in 2002, later becoming Head of the Bond Management Department. In 2010, he founded Rivage Investment, an asset management company whose activities are now continuing on at Rivage Gestion, of which he is President. He is a graduate of the Paris Institute of Political Studies and holds a post-graduate degree in capital markets, commodity markets and risk management from Université Paris IX Dauphine. Prior to this, his Masters thesis on the history of international relations examined the contribution of French bankers to the construction of Europe from a financial standpoint.

BOARD MEMBER – TREASURER and SECRETARY

Secretary of the Hippocrene Foundation since its creation and Vice-President as of 2009, Paul was named Treasurer in December 2010. An associate with Russell Reynolds, he is a founding member of Groupe des Belles Feuilles and served as President of the Jean Monnet Association from 1992 to 1998, taking over for Paul Delouvrier. He also directed the “Sources d'Europe” information centre founded in Paris by the European Commission and the French Government. He played an active role in the creation of the Centre Français des Fonds et Fondations. He is equally a board member for Institut Paul Delouvrier. In 2009, he published “L'espérance européenne de Jean Guyot” with Christophe Clarenc.

Grandson of Jean and Mona Guyot.
Marc has been a board member of the Hippocrene Foundation since 2008. He currently works in the Corporate Finance department of BNP Paribas in Paris. He spent part of his career in London and Madrid.

Grandson of Jean and Mona Guyot, Emmanuel has been a board member of the Foundation since 2012. He is a Professor of Neurology at Université Paris VI - Pierre et Marie Curie. He practises in the Department of Neurology at Pitié-Salpêtrière Hospital and specialises in movement illnesses. He also has a PhD in science and is qualified to direct and carry out research at the Institut du Cerveau et de la Moelle (Brain and Marrow Institute) of Pitié-Salpêtrière Hospital. His European commitment is concretely reflected in his involvement in various collaborative scientific European projects and in the hosting of European students in his clinical unit and research team.

Matthieu has been a board member of the Foundation since 2004. He has international experience all over the world in the areas of government advisory services, corporate finance, commercial development and Internet technologies. He began his career with Lazard in the international department, where he remained for 13 years and had the opportunity to work with Jean Guyot. He is currently CEO & founder of Swensee, a consulting and investment company focused on Africa. He is also Vice-President of Institut Paul Delouvrier, whose mission is to stimulate the modernisation of public action in France. In this capacity, he contributes to the work of several authorities dedicated to State reform.

Martine has been a board member of the Hippocrene Foundation since 2008. A graduate of the College of Europe and a professor of philosophy, she has taught in preparatory classes for the Grandes Ecoles. She is Vice-President of Mouvement Européen-France, President of Citoyennes pour l’Europe and Advisory Board Member for the CHEE (Cycle of Advanced European Studies) of the ENA (École nationale d'administration).

Pierre has been a board member of the Foundation since 2007. After a few years at Crédit Commercial de France, Pierre Denis joined Lazard where he spent the majority of his career, in particular within the department of international financing and then the department of government financial consulting. These consulting activities took place in Africa, North Africa, Latin America and Asia as well as in transitioning Eastern European countries. They involved regular contact with major international institutions, namely those of the European Union. Pierre Denis had the opportunity to work with Jean Guyot on numerous occasions.