The Hippocrene Foundation and the Allianz Foundation were pleased to team up for the Paris-Berlin Grand Prize, linking the Allianz Prize and the 2013 Hippocrene Grand Prize. The organisation of this prize was a formal expression of the partnership and cooperation that exists between the two foundations.

Based on the principle of a "mirror-prize", students from Paris were asked to work on an original European project on the following theme: "Your vision of Berlin, one of the European capitals, in 2030". Students from Berlin would work on the capital of France.

This mirror prize was organised for the 50th anniversary of the signing of the Elysée Treaty between France and Germany, and as part of the 4th edition of the Hippocrene Prize for Education for Europe.

The Paris-Berlin Hippocrene Grand Prize, amounting to €10,000, was awarded to the Bergson secondary school in the Paris school district for its project entitled "Paris-Berlin, two partner capitals; 50 years of French-German friendship projected towards the future". This project was following on from a partnership with the Manfred Von Ardenne secondary school in Berlin. Students worked together and shared information over the Internet regarding their respective cities and the position of their countries within Europe. This work in tandem allowed the students to "bridge the gap of differences by learning about the daily realities of their French or German partners".

The main objective of this project was the production, by the students, of a film presenting Paris to Berliners, under the supervision of film director Vincent Voillat. As part of the twinning programme with the Manfred Von Ardenne school, pupils from the Bergson school would travel to Berlin to meet their partners and compare their lifestyles.
Likewise, Berlin students were honoured for their original and profoundly European vision of Paris in 2030 within the framework of their project.

The shared award ceremony, jointly organised by Michael Thoss, Director of the Allianz Foundation, and Michèle Guyot Roze, President of the Hippocrene Foundation, was held on Friday 14 June 2013 at the Allianz Foundation in Berlin. The ceremony was attended by Maurice Gourdault-Montagne, Ambassador of France, Sandra Scheeres, Senatorin für Bildung, Jugend und Wissenschaft (Head of Berlin's educational authorities), Claude Michellet, Director of the Paris school district, and Béatrice Angrand (represented), of the OFAJ.

The Hippocrene Paris-Berlin Grand Prize, amounting to €10,000, was awarded to the Bergson secondary school in the Paris school district for its project "Paris-Berlin, two partner capitals; 50 years of French-German friendship projected towards the future." In the same manner, students from Berlin received a prize for their project on Paris.

By organising the Hippocrene Prize every year since 2010, the Hippocrene Foundation aims to support education for Europe, mobility, exchanges and common projects, which are the best ways for young people to develop a true sense of belonging to a common Europe. "I would like for this event, which has brought together teachers, parents and students, to be not the conclusion but the continuation of a process of reconciliation, collaboration and shared creation, to help build a Europe that is confident in its values, determined and united" (Michèle Guyot Roze). 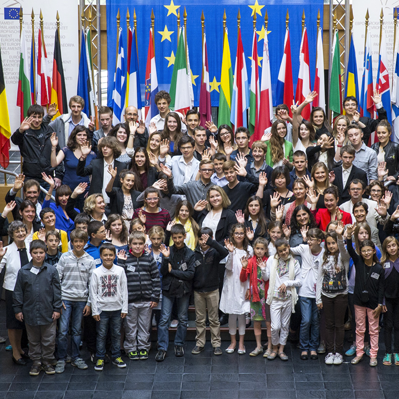 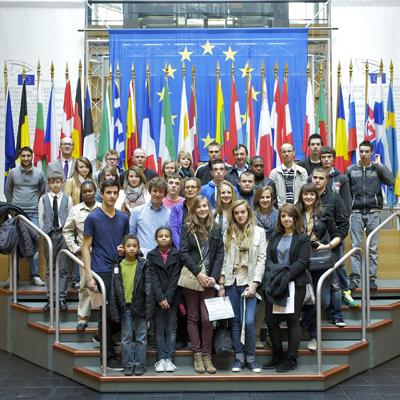 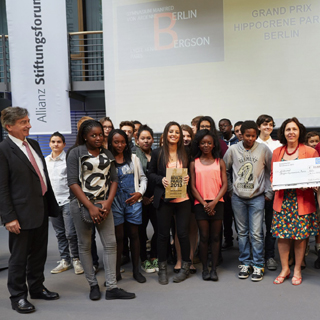 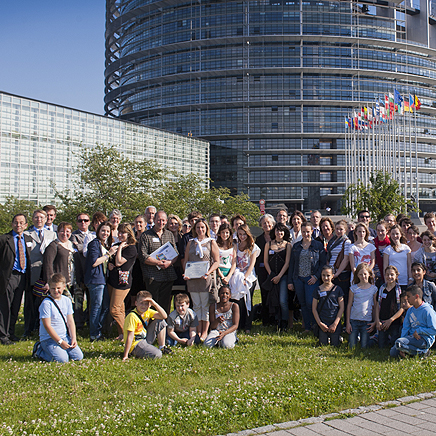