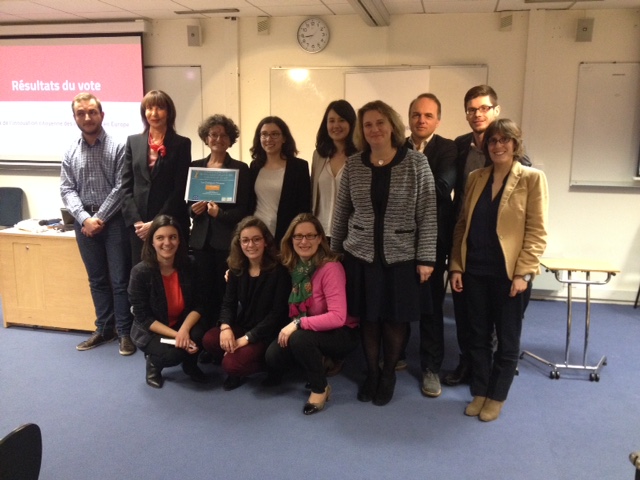 At a time when the European Union seems to leave more and more of its citizens feeling indifferent or even sceptical towards it, five Masters students studying European Affairs at Sciences Po are working on a collective project with the goal of ensuring positive, constructive, and applicable treatment of the subject “How to bring Europe closer to its citizens”. This collective project, entitled “The European Institutions Citizen Innovation Award”, aims to identify, promote and reward the actions for European citizenship put in place by the European Institutions to better take account of the interests of European citizens.
The conference “What is the European Union doing for its citizens?” was held as part of this project, under the patronage of the Hippocrène Foundation and the Evens Foundation. It took place on 15 April 2016 at Sciences Po, in partnership with the Jacques Delors Institute, to identify the objectives, impact and prospects for development of European engagement with its citizens in terms of protection of the environment and mobility. The collection of the Hippocrene Foundation